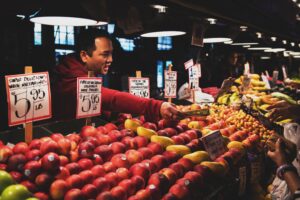 Overall, a Small Business recruitment plan for hiring is up 37 percent compared to the same time last year. However, more than half of the entrepreneurs in the survey are planning to focus on hiring independent contractors. By comparison, nearly half plan to hire part-time workers and 40 percent expect to hire full-time employees.

A whopping 80 percent of entrepreneurs in a new survey believe their companies will experience decent growth this year. That’s not surprising, given that the majority said their businesses grew dramatically in the past 12 months.

With renewed confidence in the future, small business owners are getting ready to invest in their companies in various ways. The best thing about this is we the people are the ones who will benefit the most from the surge.

Overall, Small Business Hiring Plans are up 37 percent compared to the same time last year. However, more than half of the entrepreneurs in the survey are planning to focus on hiring independent contractors. By comparison, nearly half plan to hire part-time workers and 40 percent expect to hire full-time employees.

Small business owners in the survey are recognizing the importance of having a strong online presence for their business and brand. In fact, more than one-third say upgrading their online presence is their number one concern for 2018. To help with this, they’re hiring marketing employees to get their companies fired up. Expecting that improved marketing will drive leads, a large percentage also plans to hire for sales positions.

Developments in mobile payments technology have small businesses very interested. The primary reason for doing so is to offer customers a simple, seamless payment experience, but 57 percent also say they believe mobile payments offer new opportunities for their businesses to surpass competitors. And Millennials are the most likely to be excited about the future of mobile payments, 71 percent say they’re likely to adopt mobile payments in 2018.

On the legal side of things, one of the main problems small business owners reported in 2017 was difficulty with contract negotiations. More than one-fourth say this was a large challenge, and as more small businesses hire independent contractors, creating solid contracts with those workers will undoubtedly going to continue to grow in importance.

It’s not all smooth sailing for small business owners. New legislation such as minimum wage increases in many states, as well as continued implementation of the Affordable Care Act, has 41 percent of entrepreneurs in the survey worried that they either don’t understand or will fail to comply with, government regulations.