Brush up on Your Social Media Skills

Many small business owners are still learning how to improve social media skills and one of the most frequent categories for questions asked is, “Should I get involved in social media, and if so, what should I be posting on these sites?” 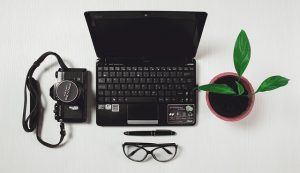 You might have a business and professional profile and even post from time to time. But the point of social media is to be social, so if you want to benefit from the interaction you have online, make sure that you’re not inadvertently one of the bad guys. If you do, you’re not going to make the friends or build the positive image you desire from being seen and heard there. Most people aren’t intentionally unsavory online, it’s often more a matter of being aware of what is and is not expected online. Just try not to fall into one of these categories.

How to improve social media skills for your business:Don’t get up on a soapbox and refuse to come down. Every person has the right to his or her views on social issues, politics, religion, these subjects are often too controversial for public discourse. You become a villain when you can’t have any other conversation, or when the tone becomes so stern that it is uncomfortable for other participants in the conversation. The Quoter/ MisQuoter is a common character around the virtual water cooler. It’s great to share a pithy quote from time to time, but if the goal of social media is to get known online, other people’s words won’t help people get to know you.  If you don’t have anything of your own to say, maybe it’s better that you don’t say it.  There is little tolerance on many sites for the person who just won’t quit selling. When a newbie pops in and posts a promo in the middle of other contributors’ posts. The intruder is likely to find the door slammed in his or her face.  In social media or outside of it, you have to earn the right to present your product or service by building relationships first.Make sure you don’t become the braggart. It’s an easy trap to fall into. First, you just want to tell everyone what a good time you had or how great things are going. Before you know it, you are the person nobody wants to hear from.

Social media within a business: Social media has become such a powerful, but inexpensive tool that it’s to the advantage of many small businesses to include it as part of their marketing mix.